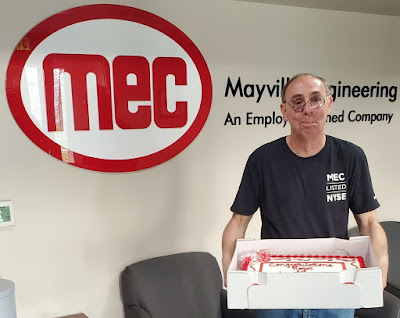 45 years! Few people can say they have been employed at the same company for that many years.  It is an achievement in loyalty and dedication only few can possess. We are fortunate Roger has spent the past 45 years with us at MEC. 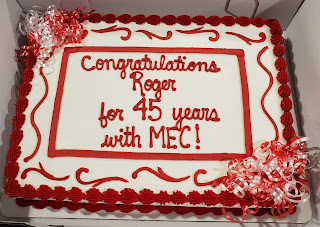 After he graduated high school, he began his career at the age of 18.  He always knew he would find his work “home” here because for so many years, much of his family including his brothers, dad, uncle and even cousin worked at MEC.  His dad and brother Harvey were both machinists. Gary, his other brother, and cousin Dennis were both tool makers. 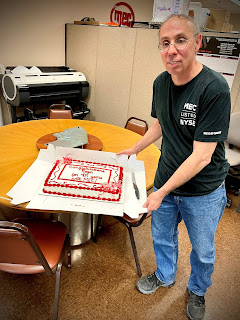 Forty-five years is a long time to work at one place and especially in the same department, but for Roger, he has always enjoyed it.  He has been in the MEC Reloader department his entire career. 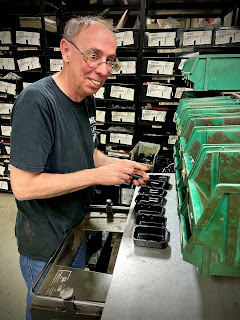 As he reflects on his time at MEC, he gives this advice to newcomers; “MEC is a good company.  There is a lot of opportunity in a place like this to grow. The welding, painting and bootcamp programs offered now weren’t available when I started.”  He went on to say that back in the 70’s his high school counselor told him, “when you’re 17 you don’t always know what you want to do.”  He thinks the programs offered now make it much easier for young adults to figure out a career path. 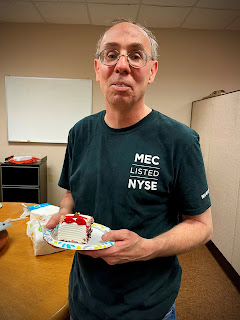 Roger grew up in Mayville, WI and raised his family within this quaint community surrounding MEC. In just a few years he plans to retire. He would like to travel more but not with the purpose of destinations in mind but rather traveling for the fun of it. Much like he enjoys reading about history, particularly American history, because there is always something to learn from it.  He is also looking forward to spending more time with his grandchild, his wife of 41 years, and their 5-year-old, rambunctious cat, Nova.

Thank you, Roger, for being a part of the MEC family for the past 45 years.  We truly appreciate your dedication and service to the company and our customers.