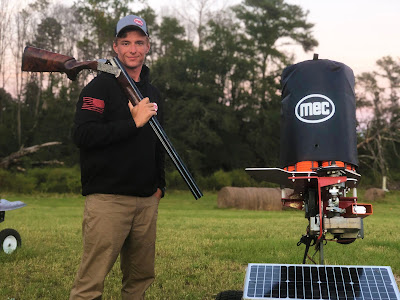 Cameron Hicks is a fast rising star within the disciplines of Sporting Clays and FITASC and most recently has gone head to head with legends like Anthony Matarese Jr. and Bill McGuire.

He was M5 at Georgia State, M3 at the NE Regional, Won Bison Cup in Virginia, M1 at South Carolina State Championship, M4 at North Carolina State and won the 2020 Gamaliel Cup FITASC and most of those were just in the past few months!

So you might be wondering, who is Cameron Hicks and what got him into this sport?  Recently, MEC Outdoors spoke to Cameron and answered this and more in an in-depth conversation about him, the sport, and why he got into competitive shooting.

MO: How old are you?

MO: What is your hometown you grew up in?

CH: I am from Franklin County, VA originally

MO: What was your first shotgun and at what age did you first learn how to shoot and why?

CH: My first shotgun was a 20ga. Beretta 390. I was 6. My dad was a professional shooter and a member of the 2002 and 2003 FITASC team USA so I grew up around the sport. Unfortunately, at the time I didn't have much of an interest in the sport, so mainly I shot while hunting and occasionally with my dad. I maybe had 400 lifetime registered targets before I really started competing about 2 years ago.

MO: When you are not practicing or at shooting events, what do you do for a living?

CH: I am a Special Forces Green Beret.

MO:  That is quite a day job! Why did you decide to join the Army?

CH: It was always something that I wanted to do growing up. I have a bit of a family history with it and I never really saw myself doing anything different.

MO: What is your current or favorite shotgun you own for practice and competitive shooting?

CH: Obviously my Krieghoff Parcours with a stock made by Jim Greenwood! But I do have a very large collection of Beretta Autos. That's what my dad shot and I have started my own collection of them. I believe I am at 30 or so now. But when it comes to shooting, I don't touch anything other than my Krieghoff. 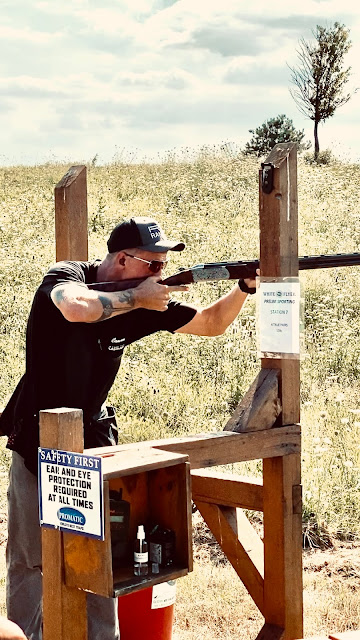 MO: What made you decide to start competitively shooting?

CH: When my father passed away in 2016, I was struggling with the situation and needed something productive to help me get through the situation. Dad had a huge stockpile of ammunition. I kept it all for about 2 years. One day I grabbed some shells and headed to the range and it was downhill from there. Even now I still practice with some of his old reloads and a lot of shells that are older than me. There would be no way I could have afforded to do it without those old shells as a base to be able to practice how I needed to get where I am now. The first year competing was spent just trying to make it to as many big shoots as I could and gain experience. It wasn't until this year that I was able to start placing at some of the bigger shoots as well as winning a lot of local stuff.

MO: How often to do you currently practice?

CH: I don't practice quite as much now as I did in the beginning. I focus more on quality of practice now. I try to shoot 150-200 targets 3-4 times a week, depending on my work and teaching schedule. Last year however, I shot 100k in practice with maybe 5k registered targets or so. I like to think I am a pretty driven person, so when I decided that I wanted to be a top level shooter in this sport I did everything I could to expedite the process. I sold everything not bolted to the floor and built my own practice facility so that I was able to do it. I have 15 machines as well as a couple Clay Bots set up similar to a large FITASC parcour. There for a while, I was shooting 1500-2000 targets a weekend. I have been working on making the transition into Bunker.  So I've been focusing hard on that lately.

MO: What do you like most about sporting clays?

CH: I'd have to say the people and the relationships that I have made. Meeting people who knew my dad everywhere I go has been pretty awesome as well.

MO: How long have you been teaching/coaching shooting?  Why do you teach?

CH: I started teaching about 9 months ago. My coach, Will Fennell, as well as Dan Carlisle, are the ones who pushed me to do it. It has definitely helped me as a shooter, probably more so than anything else. I always try to shoot at least 50 targets after every lesson and I work on what it is I just taught, no matter the skill level. I really enjoy watching my students progress and the feedback from it. I really didn't expect it to take off like it has, but when other shooters start seeing my students climb the ladder pretty quick, it’s very good advertising. I teach about 10-20 hours a week now (depending on my schedule of course). 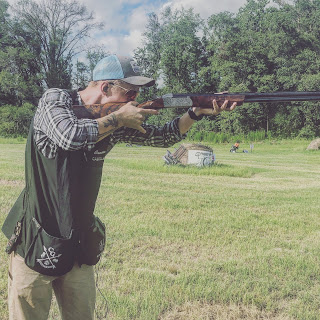