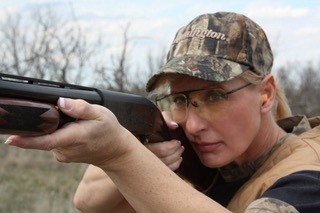 For those of us who enjoy harvesting our own game, the right load is paramount to the hunt being both successful and gratifying, which is why I like to do my own reloading. I know when I take that shot, whether it’s hunting birds or large game, I can rely on the ammunition to perform.

I’m not against factory loads, but I do know that factory loads can and will malfunction. It’s happened to me more than once on the trap and skeet range. I don’t mind that clay target getting away, because I know I’ll get a do-over with an ammo malfunction, but when I’ve been hunting all day and I’m ready to take the shot and the ammunition doesn’t work, I get slightly annoyed. Okay, in all honesty, I get VERY annoyed. Which is why I recommend wholeheartedly you should reload for hunting. But, there’s more to it than just knowing your ammunition will work. There’s a few other reasons as well. 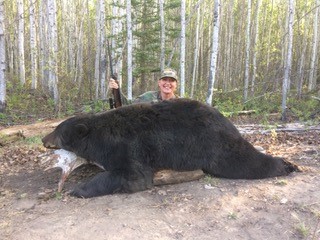 First, you’ll have a much more accurate round with reloading than with a factory load. It’s a proven load that you’ve developed and tested. If you’re hunting with a rifle, the accuracy of the load is subject to a number of different components; powder type and charge, bullet type, brass and seating depth. You can take the time to develop a load that’s customized to the rifle you’ll be using and that can make all the difference between a good shot or a bad one.

A couple of tips on developing your own loads. Keep a log of every recipe tried. When you find that perfect load, you don’t want to lose it. I know a number of champion Benchrest shooters who do their own reloading and they keep records of every load they’ve ever developed. Even the ones that didn’t work, so they know not to try that again.

Don’t be afraid to experiment with different loads. Don’t stop with just one proven load. Once you get the hang of the process and the equipment, try some small changes in the bullet weight or powder charge. Try different primers and brass. Be sure to test those rounds at the range first before taking them out to the field. If it’s shotshells for bird hunting, you can experiment trying different velocities and felt recoil.

Another advantage in reloading for hunting is more trigger time. I see more hunters out at the range right before the season opens sighting in a gun they haven’t used since the previous year and then wonder why they’re not hitting anything. You may not be a competition shooter, but you still need to practice shooting, especially with a gun you don’t use very often and in an environment you’re not used to. Being in the field with changing weather on unknown terrain is a lot more challenging than standing on your home range on a sunny day. 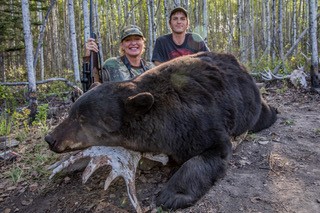 Finally and for some of us, this is the most important: cost. You can test different loads finding the best one for you without having to buy ammunition you discover isn’t going to work for you. There’s a component calculator on the MEC Outdoors website here  that compares the cost of reloading to purchasing factory loads. You’ll be surprised to see how much money you’ll save by reloading.

But, it’s just not the cost. When you reload your own ammunition, you get a better understanding of how the ammunition works and how your gun performs while using that ammunition. And when you do harvest an animal with a load you developed, there’s a sense a pride and accomplishment you’ll feel knowing it was all you. So, start reloading and enjoy the hunt!