April 07, 2020
What’s the best way to introduce someone to the shooting sports? It’s easy. Simply invite them to come out and shoot with you. That really is the answer, but if that were the only answer it would make for a very short blog and there would actually be a whole lot more people out shooting right now.

Introducing someone to the shooting sports can be tricky. If they’re interested in the sport and approach you, they’ve made the invite for you. You just take them out to the range with you. But more times than not, people are intimated by the sport. Especially women and kids and they’re afraid to ask. There’s a certain amount of fear that goes along with holding your first shotgun and pulling the trigger. Most all of it is unfounded, but the perception is still there. 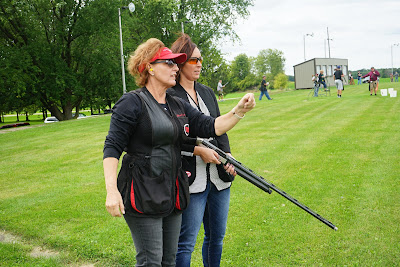 Sometimes they’ve had a bad experience. Someone handed them a 10 or 16-gauge with hot loads in the chamber and the recoil of the gun knocked them back or even worse, hurt them. Unfortunately, that happens more times than we like to think and it can cause a person to have a bad taste about the sport in general.

So, the first step in introducing someone to the shooting sports is to let them know how much fun it is and how it’s really not that difficult. The second step is to assure them it won’t hurt and the third step is to make sure it doesn’t. 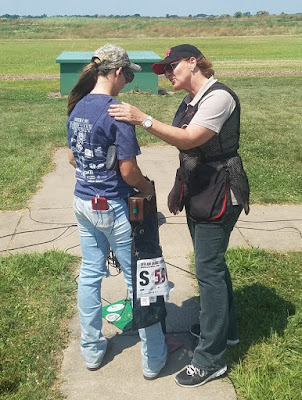 Begin by offering to take them out to the range with you. Stop by and pick them up, so you’re driving out to the range together. For those of us who have spent a lot of time at the range, it’s not a scary place, but for someone who has never been there, it can be pretty frightening, especially when you’re showing up alone. 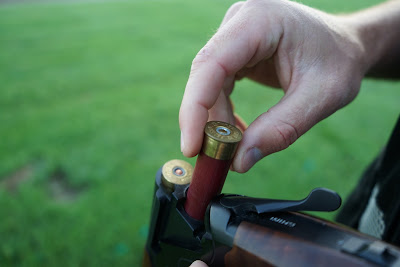 It will be up to you to have all the equipment. Be prepared to provide them with ear and eye protection. As a complete novice, they’re not going to have a range bag with all those incidentals. It will also be up to you to bring the gun and ammunition and this is the most critical part of the introduction. 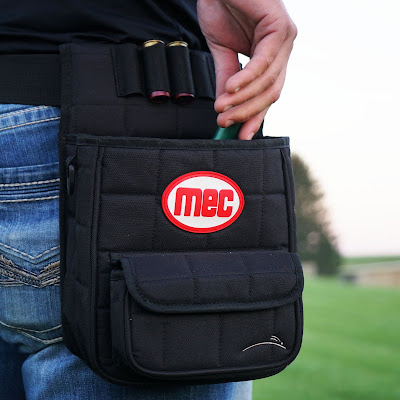 Be sure to have a gun that can accommodate their size and stature. You can hand a woman or young person a 12-gauge, but don’t fill it with high brass, 3 1/2 dram shotshells. Start them out with something that’s light recoil and easy to handle. Perhaps 1 oz loads and a 20 gauge if you have one. 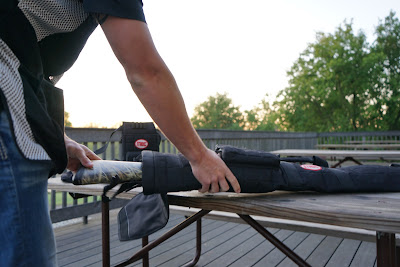 If you’re known at the range, introduce them to other people, so they’re in a friendly environment and when you’re ready to shoot, take them to a range where it’s just the two of you. The hardest thing is to try something new in front of strangers. We’re all afraid of being laughed at or thought of as stupid, so trying something new in a semi-private atmosphere makes everyone more comfortable.

The other very important aspect of taking someone out to the range for the first time is you don’t shoot. This isn’t about you showing off your shooting prowess, it’s about them learning about the sport and they’re relying on you show them. You can’t do that while you’re shooting. 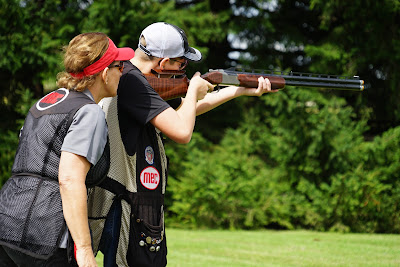 When I take a new person out to the range, I let them shoot as much as they want, explaining what to do and how to make the shot. If it helps them, I’ll show them how it’s done, but I only take one or two shots and I never shoot a complete round having them stand and watch. All that will do is cause embarrassment to them as they won’t be nearly as proficient as you. Remember it’s about them learning and understanding how much fun the shooting sports are. And if you do your job right, you’ll have a new shooting buddy and the sport will have another shooting enthusiast. Good luck and keep shooting!