Getting to Know Shari LeGate 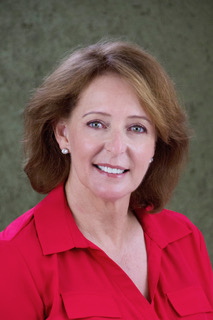 I’ve been a brand ambassador for MEC Outdoors since 2009 and I’m excited to start this new monthly blog. Hopefully, this will let me better get to know the loyal customers of MEC Outdoors, answer questions and share what I’ve learned over my shooting career.

I wasn’t lucky enough to grow up shooting. No members of my family were hunters or recreational shooters. We didn’t even own a firearm. We didn’t fish, camp, hike or anything else related to the outdoors. So, my introduction to the shooting sports came later in life as a result of a television program.

1984 Olympic champion Matt Dryke was shooting an exhibition skeet match on a show and the sport fascinated me, so I signed up for shooting lessons at a local club. I had never shot a shotgun in my life and for my first lesson I was handed a 20-gauge loaner gun, told to put cotton in my ears, and builder’s apron was tied around my waist that held a box of ammunition. I then was directed to a group of older men on a shooting field and told, “Go out there and those guys will show you how to shoot.”

I walked out onto the field into this group of very experienced shooters and asked them to show me how to shoot. I was blessed that day as one of those men was the most proficient skeet and trap shooters to ever step on a shooting range: the great Rudy Etchen.

He took me under his wing and taught me how to shoot both skeet and trap. I went on to shoot American skeet with that group of men every weekend for the next eight months. I was an athlete all my life and being graced with quick reflexes and good hand/eye coordination, my aptitude for the sport quickly became apparent. Within a year, I was entered in the Kachina Open, one of the biggest Skeet matches of its time. 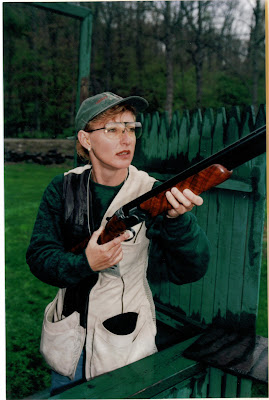 At the end of that match, I found myself in the bronze medal shoot-off against none other than Matt Dryke himself. I lost to the former Olympic champion, finishing fourth. I then switched to Olympic Skeet, but the sport was eliminated for women shortly after I started and replaced with Olympic Double Trap. 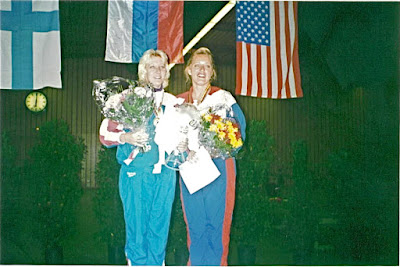 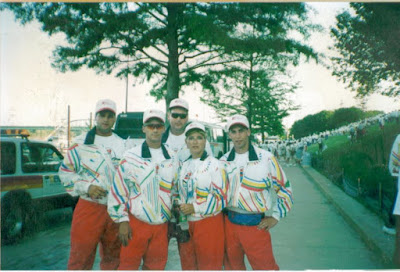 In 1994, I was awarded the International Distinguished Shooting Badge by the Department of Defense and in 2001, I was named the Shooting Industry Person of The Year recognizing my shooting career. 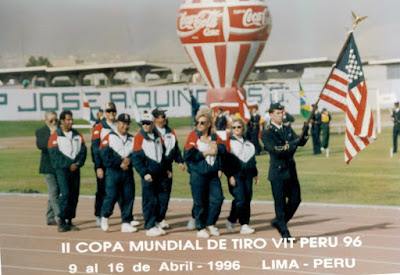 I started coaching when I retired from competition. Bringing new people into the sport and helping them begin their shooting journey has been the most rewarding aspect of my career. I was very lucky as a new shooter, walking onto a range and meeting Rudy Etchen, who became my mentor and helped kickstart my career. Doesn’t happen to many. 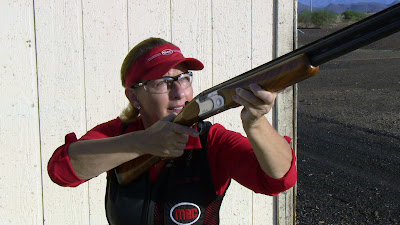 But working with MEC, coaching their free clinics and now starting this blog gives me the opportunity to do what Rudy Etchen did for me. Welcome people into the sport, give them a helping hand and start them on a journey that I hope will be as fulfilling as mine.